Sometimes going half-way isn’t enough. Whether as a person of faith, or a leader of others, one can’t selectively engage with just the enjoyable ideas or like-minded people. Otherwise, you’re left with nothing.

A person who learns Torah selectively will eventually lose everything (sources 1-2).
The reason for this, the Rebbe explains, is that Torah can’t be judged by human intellect and we cannot say that one teaching is “pleasant” and another teaching is not.
There are three types of mitzvot—chukim, edut, and mishpatim (source 3).
If a person chooses to observe with joy only the mitzvot he understands, while the rest he observes because he has no choice, he will eventually cease to observe even the understandable mitzvot. The only guarantee for preserving tradition and morality is absolute faith and obedience of G-d’s words.
As we saw in the recent past, a nation that based its morality on human logic alone deteriorated to the point of the worst possible genocide.

The same is true regarding the Jewish people. Every Jew is like a letter in a Torah scroll. A Jewish leader can’t prefer to work with the elite members of society and neglect the simple people. Such a person is unworthy of being a Jewish leader.
This is illustrated by the conduct of the Baal Shem Tov who cherished the simple people and taught that G-d values all Jews equally (source 4 and story).

A person that wants to be a leader must first know how to lead himself on the personal level (sources 5-6).
Regarding person character refinement as well, a person cannot focus only on the more refined and spiritual aspects of his life, while he conducts himself like an animla in his mundane pursuits (source 7).
The Rebbe explains that is a person is not in control of himself while he eats and drink as well, he will eventually also lose his control over the more sophisticated aspects of his personality, his heart and his mind.
We see an example of this in the conduct of Rabbi Elazar ben Arach. As a result of his referring to live in a place with fine wines and good bathing facilities he eventually lost his Torah knowledge (source 8)

A true leader, a collective soul, must concern himself with all elements of society, the Rebbe teaches. If he doesn’t do this he is not a true leader (source 9)
We conclude with a story about shlichus in Morocco, and two video clips that express the qualities of a true Jewish leader. 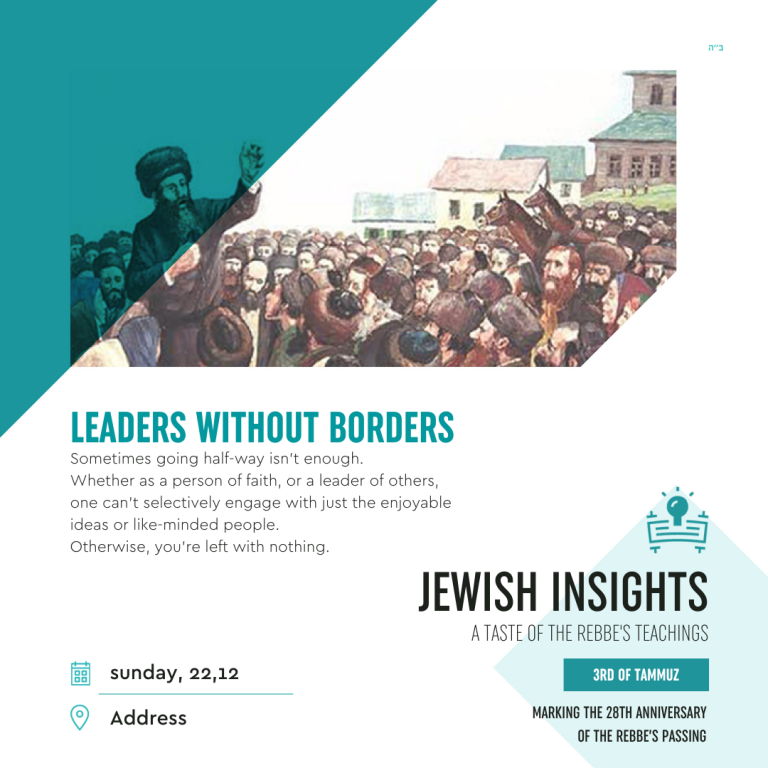 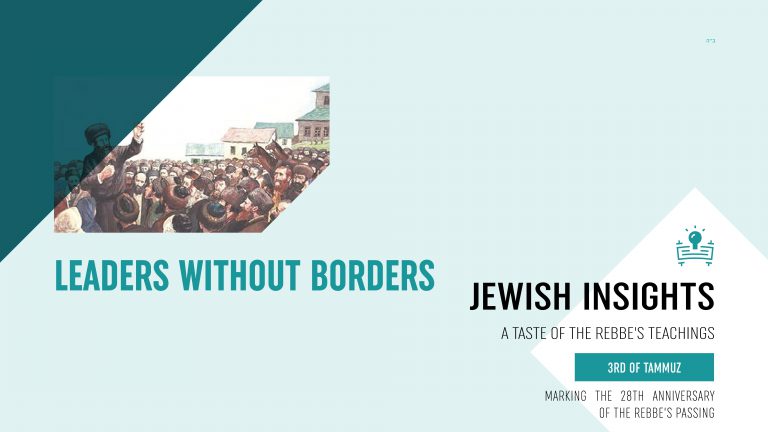 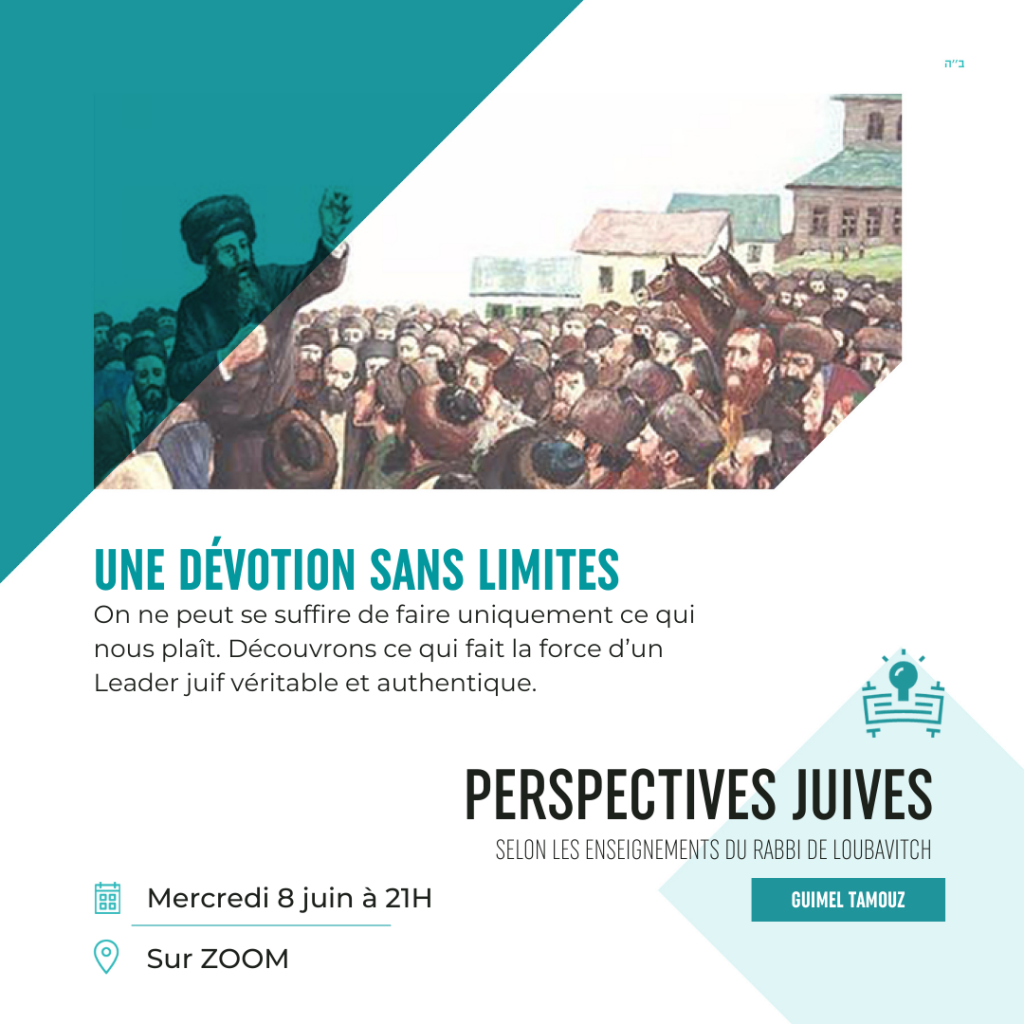