The Torah gives 613 commandments for Jewish people. But what about the non-Jews? Does Judaism have a message for all mankind?

When Moses and Aaron first approached pharaoh, he said to them, “Who is G-d?” (Source 1). In this week’s Torah portion, G-d tells Moses that the long process of the 10 plagues is specifically to answer that question — to demonstrate G-d’s presence in the world (Source 2). This is explained by the Rebbe in two segments of Likkutei Sichos (Source 3-4).

This brings us to the basic point of today’s lesson: an integral part of Judaism is that the non-Jewish society recognize the presence of G-d and the importance of following his Seven Noahide Laws.

B. The Self-Censored Mitzvah

In the main talk of this lesson, the Rebbe introduces Maimonides’ law about the Seven Noahide Laws. Why, the Rebbe asks, is this topic absent from all Halachic literature?

The answer is quite obvious: throughout most of Jewish history, spreading a religious message to the non-Jews population was a very dangerous matter, one to be avoided at all cost. But in our day, it will only serve to better our standing in society, so the commandment is in effect.

Spreading the Seven Noahide Laws benefits the Jewish people too; imagine what could have happened during the Holocaust had more non-Jews been imbued with the message of belief in G-d.

In a different talk from the same time-period, the Rebbe shared a story of one Jew who made an impact on a non-Jew through his behavior. Read and watch the video as well! 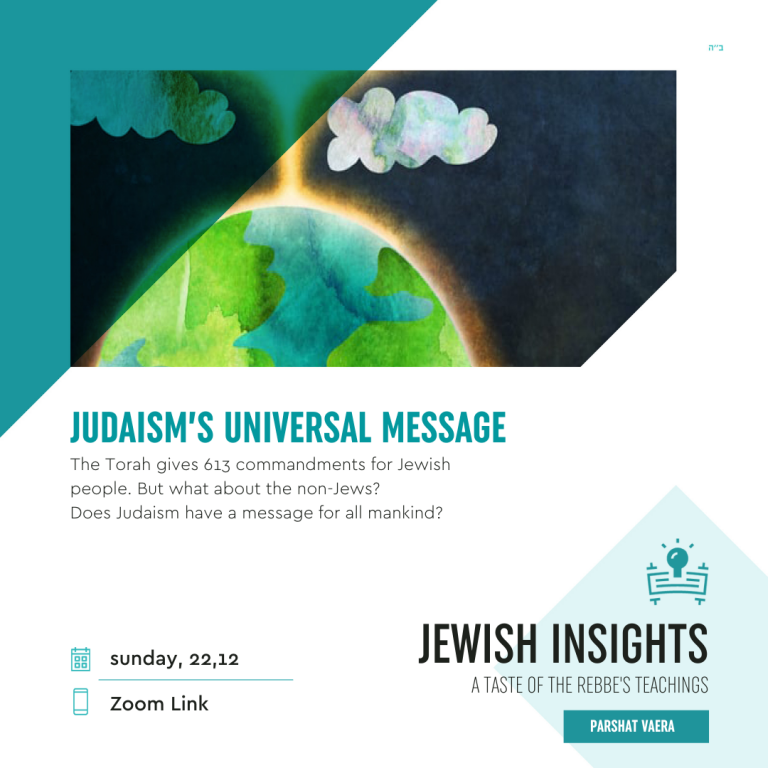 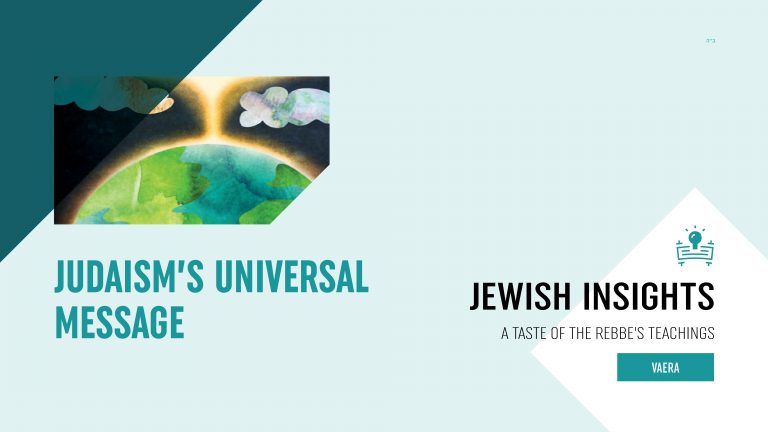