Why do bad things happen? Are catastrophes G-d's retribution for our sins?

A. The Messianic Prophecy

In this week’s Torah portion, we read about Balaam’s prophecy pertaining to the emergence of King David and the coming of the Messiah (Source 1).

Rashi explains that Balaam said “What I see for them is not yet” to forewarn that the time of King David is not imminent. If so, however, the five-year-old student may ask, since the Messiah’s coming is all the more distant in time, why is this not forewarned? And, more importantly, why indeed is the Messiah’s coming taking so long?

B. How long does it take to cleanse sin?

The five-year-old student may ask further: We know that exile comes as retribution for sin, as we’re taught that the 70 years of the Babylonian exile were in lieu of the 70 sabbatical and jubilee years that the Israelites desecrated in the days of the First Temple (Source 2).

Even if the sins of the Second Temple period were somewhat more severe, necessitating an increased punishment, the punishment should still be within some proportion. Why then has this exile lasted almost two thousand years?

Moreover, the number of observant Jewish people who follow the commandments of the Torah and atone for the sins of the Second Temple era, is so much greater than that which existed after the First Temple. How can it be that we have not yet managed to cleanse ourselves of those sins? How can this exile still be ongoing?

C. Exile is not necessarily a punishment for sin

The five-year-old student learned about the Covenant of the Split Pieces and G-d’s promise to Abraham that his children would be slaves in Egypt (Source 3). He therefore knows that exile is not necessarily just a form a punishment, (since our forefathers were surely without sin), rather its purpose is to refine the G-dly sparks. He thus understands, that while refining the sparks of Egypt alone may have only taken several hundred years, refining the sparks of the entire world is a lengthier task.

Still, we ask, “until when?!”. Especially considering that the previous Rebbe already confirmed that the sparks have all been refined. So, the child asks, how is it that the Messiah has not yet come?!

In a talk from 1991, the Rebbe responded to a diatribe against the Jewish people, quoting the harsh words of Maimonides regarding those who dare speak in this manner (Source 4)

Later, the Rebbe revisited the discussion about the cause of our exile.

When Rav Huna incurred a massive monetary loss, his colleagues suggested that he account for his ways, since G-d only punishes for a reason (Source 5). When Rabbi Akiva was executed in a most horrific manner by the Roman Empire, and the question was asked – “Is this the reward for Torah”? G-d replied – “So I have decreed”. (Source 6).

Why do the responses in these two similar stories differ?

This is because there are indeed times when a painful occurrence is a punishment from above, but there are also tragedies that are heavenly decrees, that supersede our capacity to comprehend, and occur regardless of man’s behavior.

The Rebbe understood from this, that Rabbi Akiva’s execution, our exile in Egypt, as well as other tragedies throughout the history of our nation, were a decree from above – not retribution for sin. 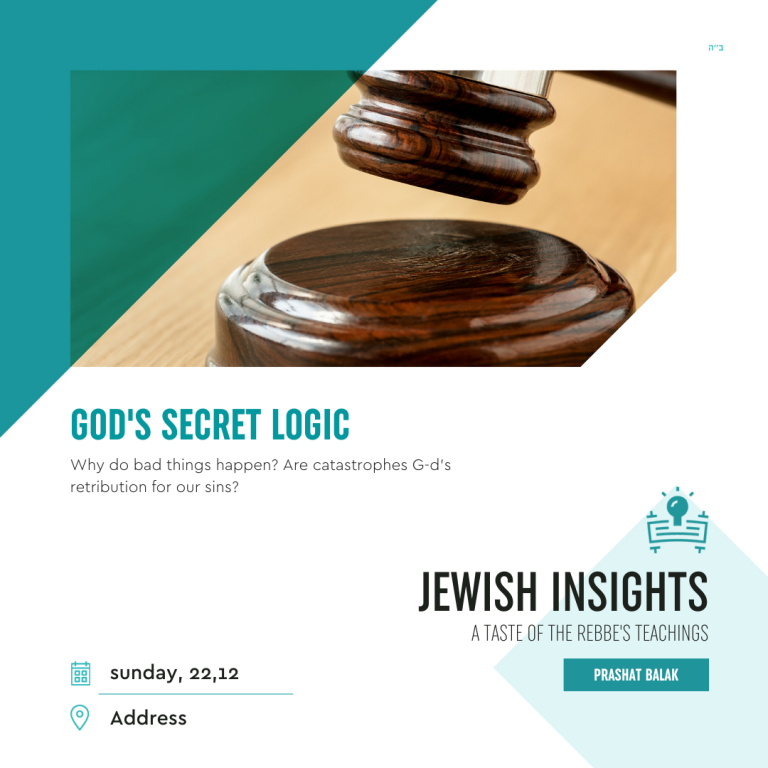 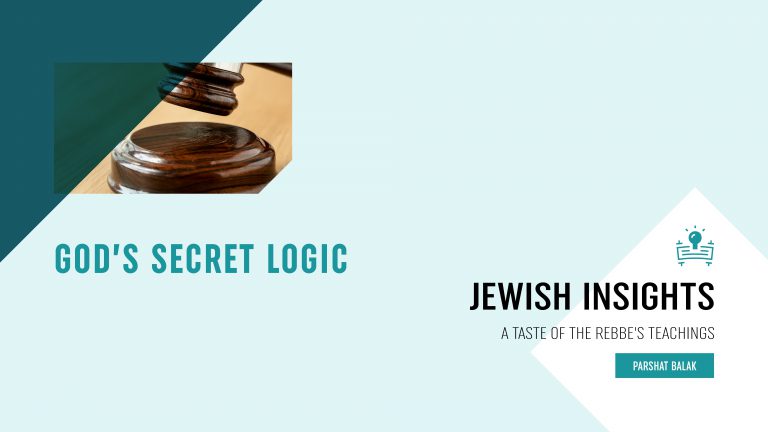