Dedicated in honor of the devoted editorial team of ‘Jewish Insights’

YOUR ADVISORS ALWAYS TELL YOU TO DELEGATE AUTHORITY AND FOCUS ON A TARGET AUDIENCE. CAN THESE PRINCIPLES BE APPLIED TO THE WORLD OF EDUCATION AS WELL?

In this week’s parsha, in the passage of “vehaya,” we read about our obligation to teach Torah to our children (source 1). Today, every Jewish community provides education for its youth. But was that always the case? The Talmud relates that public Jewish education progressed in stages. At first, only fathers taught their children. Then, schools were established in Jerusalem. Later, they were established in regional centers as well, and only afterwards, towards the end of the second Temple, were schools established in every town, under the leadership of Yehoshua ben Gamla (source 2).

The Rebbe dwells on this story of the Talmud regarding Yehoshua: The Talmud states that the Torah could have been forgotten, if not for Yehoshua ben Gamla’s actions. This is despite the fact that parents still taught their children, despite the fact that schools already existed in regional centers, and despite the fact that children automatically receive a certain level of education in the course of growing up in their homes. Nonetheless, the enactment of Yehoshua which ensured that every Jewish child was in school at age six or seven was considered of paramount importance to the future of Torah learning. The lesson for our day and age is quite clear.

B. Do It Yourself!

The Talmud relates another story about education: Rabbi Chiya personally engaged in Jewish education, traveling from town to town to teach children Torah. He was involved in every stage of the project: he planted seeds to grow flax to trap deer to use their hides as parchment to write scrolls to bring to the villages. Nothing was below his dignity (source 3).

In this talk, the Rebbe dwells on this story. Rabbi Chiya was one of the great rabbis of the generation. He was a compiler of the Tosefta. He, no doubt, had many students. But that didn’t hold him back from being a personal example for true dedication to Jewish education. 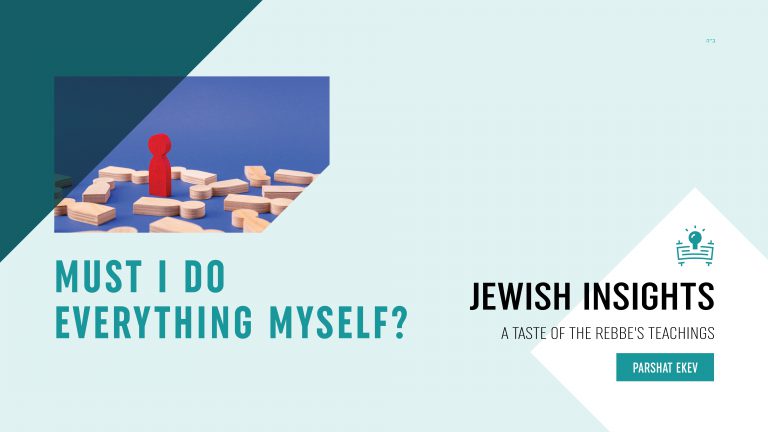