This weeks lesson is dedicated by the Potash Family,

The Jewish people sinned many times during their years in the desert. But Moses chose a very specific time and method to rebuke them, teaching us an invaluable lesson regarding interpersonal relations.

A. How and When to Critique

A short while before his one hundred and twentieth birthday, Moses gathered the Jewish people and rebuked them by  mentioning the nation’s formative as well as the unfortunate events that took place during the journey.  Rashi stresses that Moses wanted to remind them of the sins that were committed, but at the same time, did not want to shame them, and therefore only mentioned the names of the places where the sins happened (Source 1).

Rashi also points out that Moses chose to rebuke them specifically just before his passing, and not prior to that (Source 2). Rashi mentions three other Jewish leaders that also rebuked their flocks on their deathbeds (Sources 3,4,5,6).

The Rebbe asks: 1) Is this really the first time that Moses rebuked the Jews? There were a number of occasions prior where Moses already did so. 2) What is the function of a hinted rebuke? The listener could easily miss the point. Conversely, if Moses felt the need to hint to his true intentions out of respect for the Jews, why would Rashi reveal the true intent? We see from the Talmud that when Rabbi Akiva revealed the identity of the “stick gatherer” Rabbi Yehuda admonished him that one may not reveal that which the Torah hid (Source 7).

C. It’s All About the Timing

Preventing mistakes or transgressions is not rebuke. If a current and critical concern is at hand – a response must be forthcoming immediately, however a lecture about multiple issues that took place in the past, should be specifically given prior to one’s passing.

Similarly, when the pain is still fresh, and the children of those who actually sinned are present, the rebuke should be given very carefully and subtly.

When however we speak about these topics generations later, the content should be given over clearly, and with names, in order that the student will understand better and identify with the message.

The lesson closes with a story of an original method that Rabbi Zusha of Anipol would use to rebuke those that needed it. 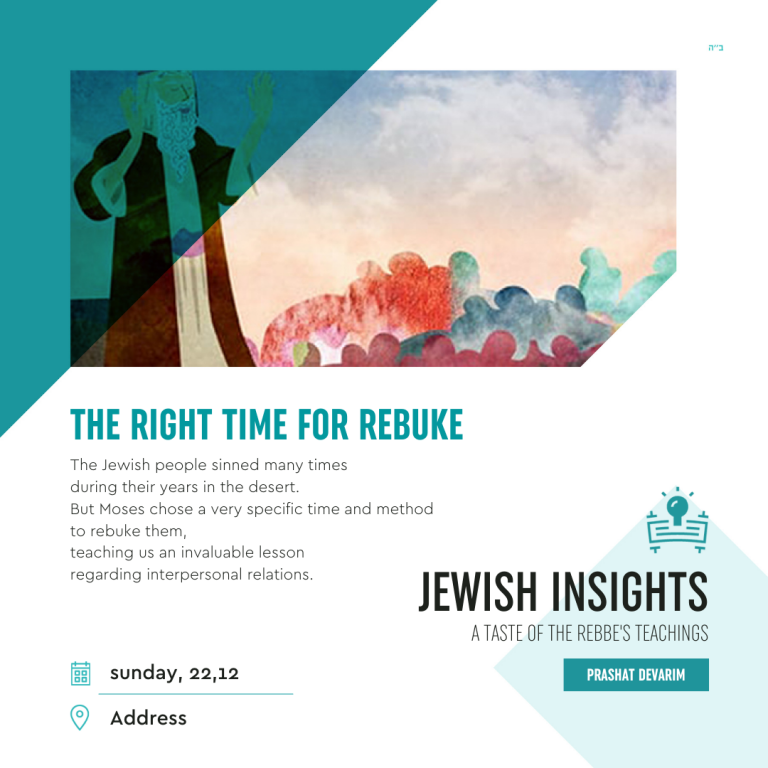 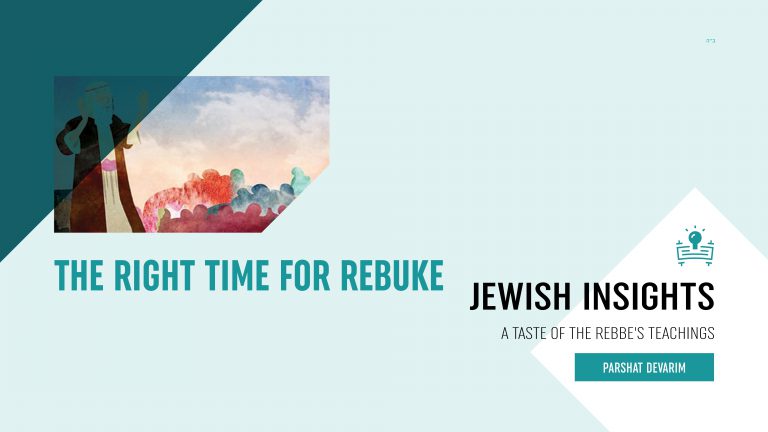 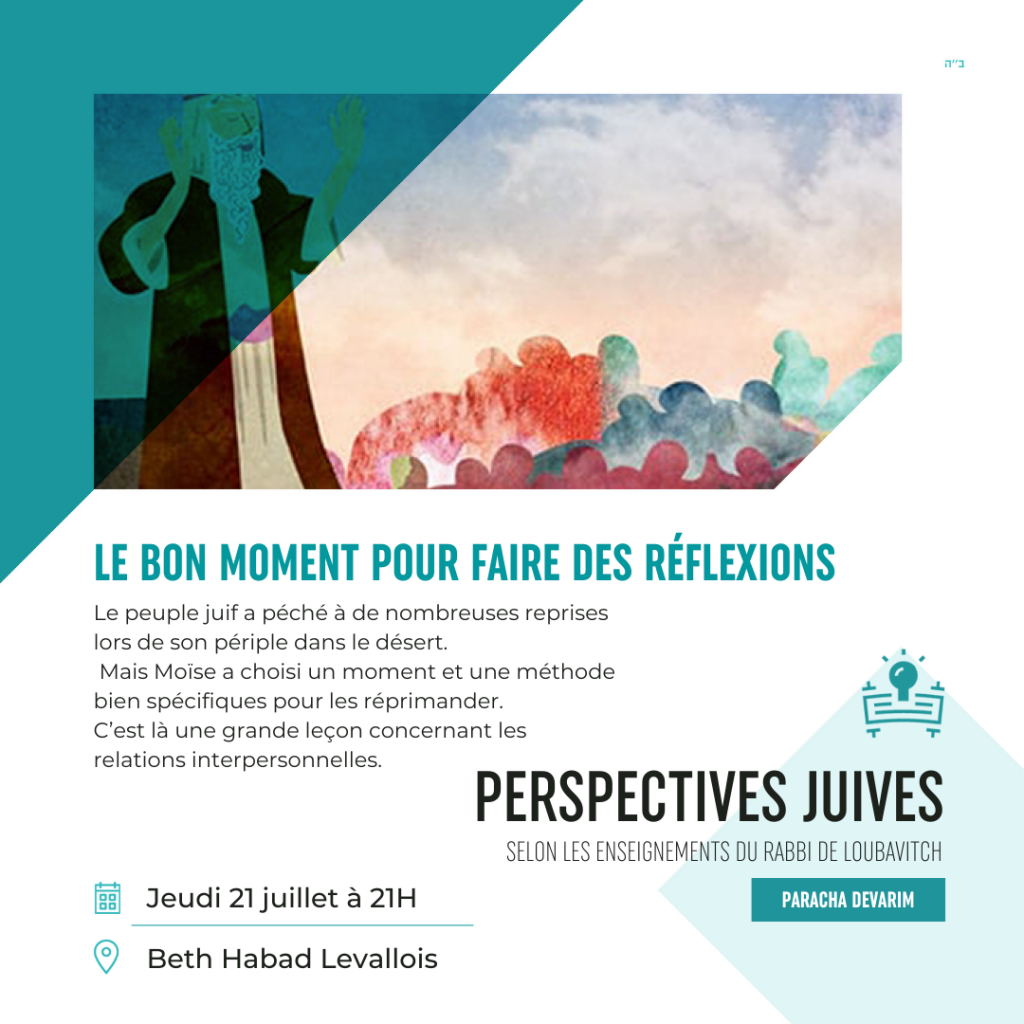 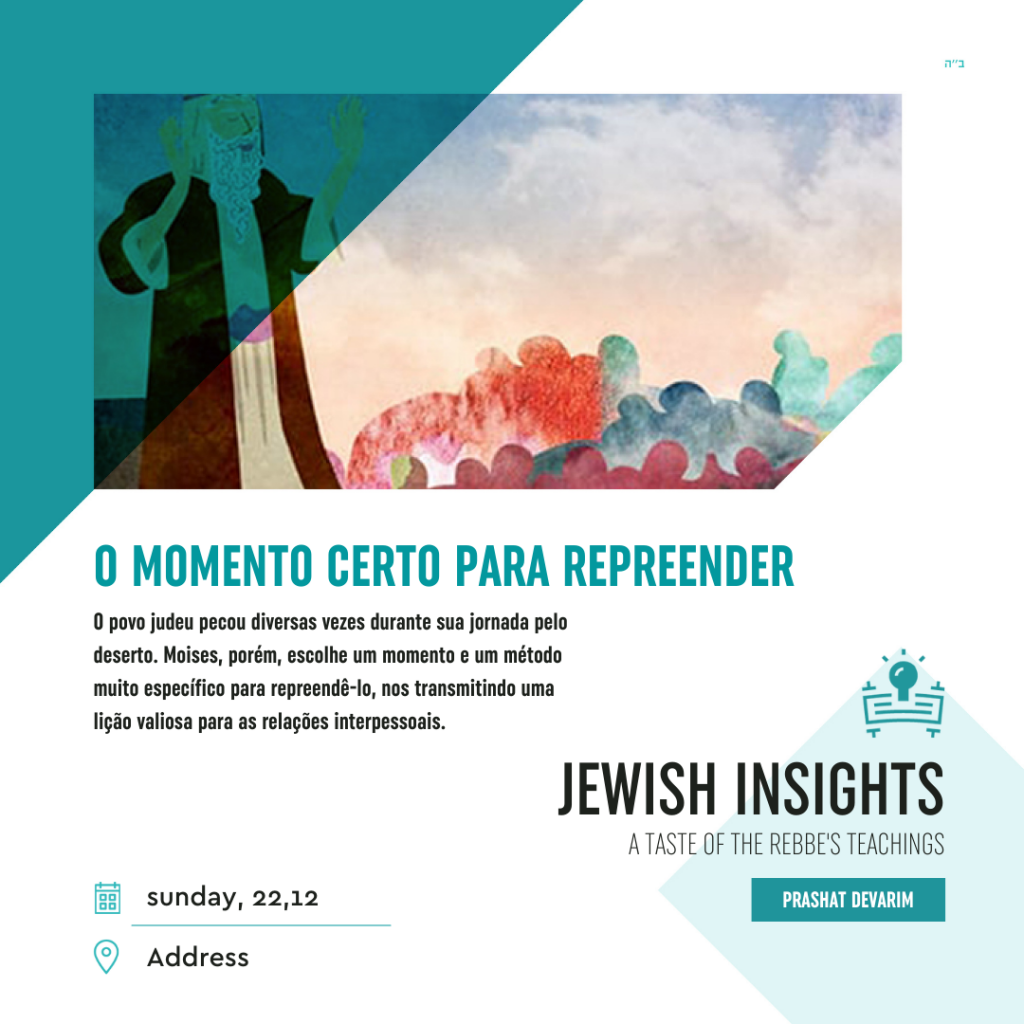